everytime I tell a story about anything I get too much into the details. most of the times they’re completely unnecessary but I can’t help it. I could tell a lot of my stories in less than 1 minute. but why would I do that if I can talk for 10 minutes?

this is something I’m completely aware of. I know many people don’t get it. I know. why am I taking so much time talking about why I decided not to cut my bangs anymore?

one day my sister asked my mom if she had eaten. my mom told her that she had fallen down during work and her shoe had broken. she had to work with a broken shoe all day long. when she came out of work she decided to go to the (the guy that fixes shoes, yes, that’s common in Mexico). luckily, she found him still. since she couldn’t walk around without a shoe, she decided to wait there until they had finished fixing it. and, since she had to wait for a long time, she felt super lazy to still cook something when she got back home so she did what anyone would’ve done in her place: she bought a and ate it at home.

the answer to my sister’s question was yes. but my mom told her the details she could to explain everything.

last weekend, I went to an aunt’s birthday. since it’s almost Día de Muertos, I asked my aunt if she put an at her place. she told me that when she was young, her mom (my grandma) did put an but when she left, she didn’t continue that tradition.

then she told me about that time she had to go to the bank to exchange some dollars. to get there, she had to walk along a very, very, long street. it was Día de Muertos, btw. started walking and then suddenly felt like someone was getting close to her from behind. she never looked that way but she heard how a lady asked her if she could give her some information.

my aunt said that she could help her. then, the lady asked if my aunt knew how to get to the market of Xonaca because she had to buy some things for her muertitos (her dead ones). my aunt didn’t know because she was just getting back from living in another country but told her that maybe in any of the stores of that street, somebody could give her that information.

the lady said thank you and before leaving, she told my aunt: put an for your , they get super happy when the family remembers them.

at first, my aunt said something like AJÁ but then she started thinking about how did this lady know that she didn’t put any at her home. so she turned back and the lady was nowhere to be seen anymore. my aunt looked on all directions. she says there was nowhere to hide. she was so intrigued about it that she even went to some stores to check if the lady was there. all the stores were closed (some years ago, many stores closed on Día de Muertos). from that day on, my aunt puts an , even if it’s a very simple one.

the anwer was yes, but it was important for her to tell me the context.

listen, I’m a big fan of el chisme™ (tried to translate it but it doesn’t sound that good, it translates as the gossip) and you could even tell I live for it. I looooove when people tell me stories about themselves.

BUT what I also love is to tell the stories myself. can’t lie. I love it when people are like 😭😱🤭😂 whenever I’m telling something. I like to know that when you’re reading this, you’re listening to my voice inside your head. and that’s not creepy at all.

is this selfish? of course. I’m selfish. I don’t care.

last weekend when I heard my aunt telling her story, I realized I was like
😭😱🤭😂 . tell me more!

and wow. this is such an important skill for parties.

would it had been possible for me to tell this story in words? of course. but why would I tell a story in 10 words when I can do it in 866 words?

Sun Jan 20 , 2019
some context: it’s a Mexican tradition that the 3 Wise Men bring you presents/toys every January 6th if you’ve been a good kid all year […] 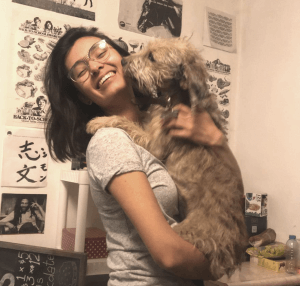